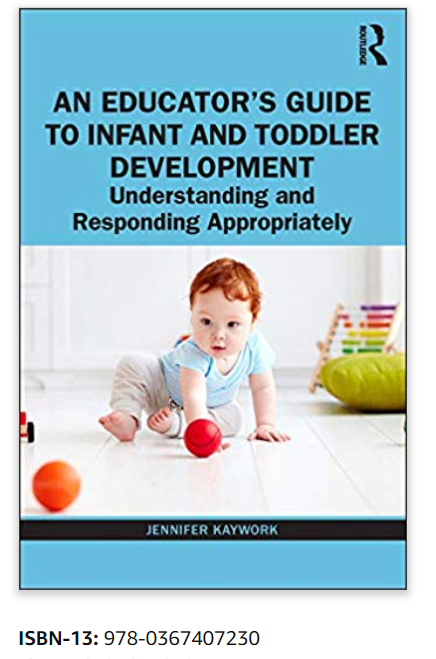 An Educator’s Guide to Infant and Toddler Development: Understanding and Responding Appropriately is a comprehensive interactive text that covers the growth and development of infants and toddlers. Readers will learn how to observe and interact with infants and toddlers, and come to truly understand each aspect of their development and learning. The text offers concrete ideas about what to do and say with these children to maximize their growth and development. It also covers caregiving practices, caregiving as a curriculum, infant/toddler learning environments and how to effectively partner with families.

Each chapter has a page full of additional resources and information here: https://www.parentphd.org/infantandtoddlertext/ 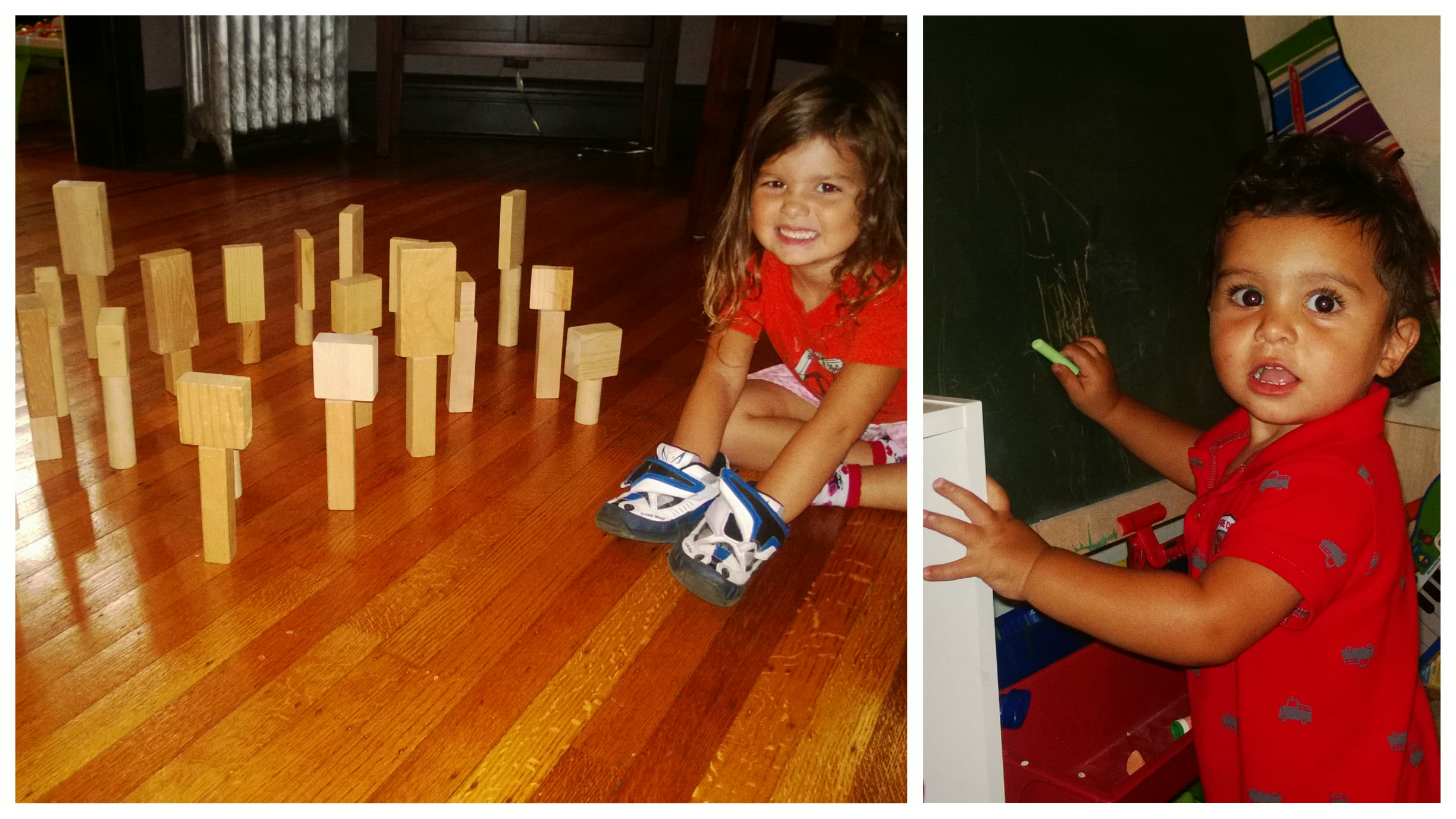 Recently I did some work with Parents magazine about the importance of preschool and what a quality preschool looks like. The first topic I was asked to address is something that I am asked often: How do you “prepare” a child for preschool? My answer is always to remember three things: Talk to them, Read to them and Let them PLAY. END_OF_DOCUMENT_TOKEN_TO_BE_REPLACED

Early childhood educators know that children learn the best and the most through their play. We are trained to see the learning and the different “content areas” within the play, and then ask good open-ended questions to enhance the children’s learning. Here is a video of simple block play experience with a 4 1/2 year old. END_OF_DOCUMENT_TOKEN_TO_BE_REPLACED 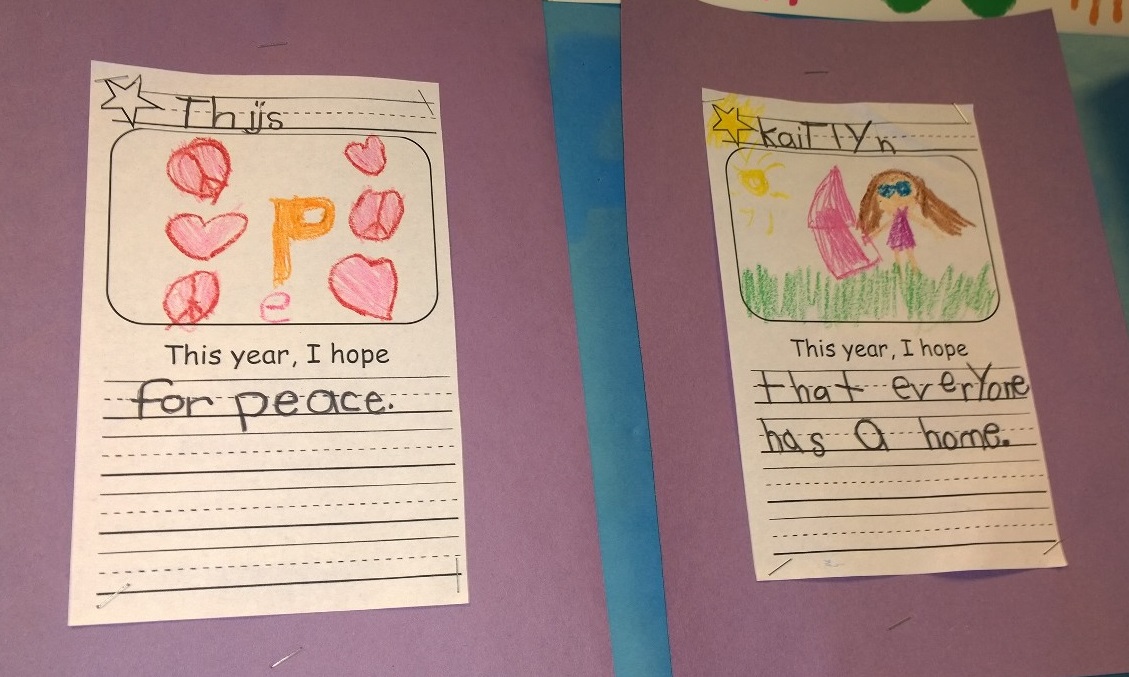 As a teacher educator, I spend a great deal of time in early childhood and elementary classrooms observing student teachers. Not only do I enjoy seeing the students who worked so hard to master their craft succeed in the classroom, but I also enjoy spending time with children. They have such a pure and truly honest view of the world.

END_OF_DOCUMENT_TOKEN_TO_BE_REPLACED

One of the easiest and purest ways to extend children’s thinking is to talk to them, especially when they are playing and exploring. Ask them some open-ended questions, give them time to respond, and BOOM! you have added to their knowledge and skills. You have made them think and verbally interact with you. That is the essence of how children learn. END_OF_DOCUMENT_TOKEN_TO_BE_REPLACED 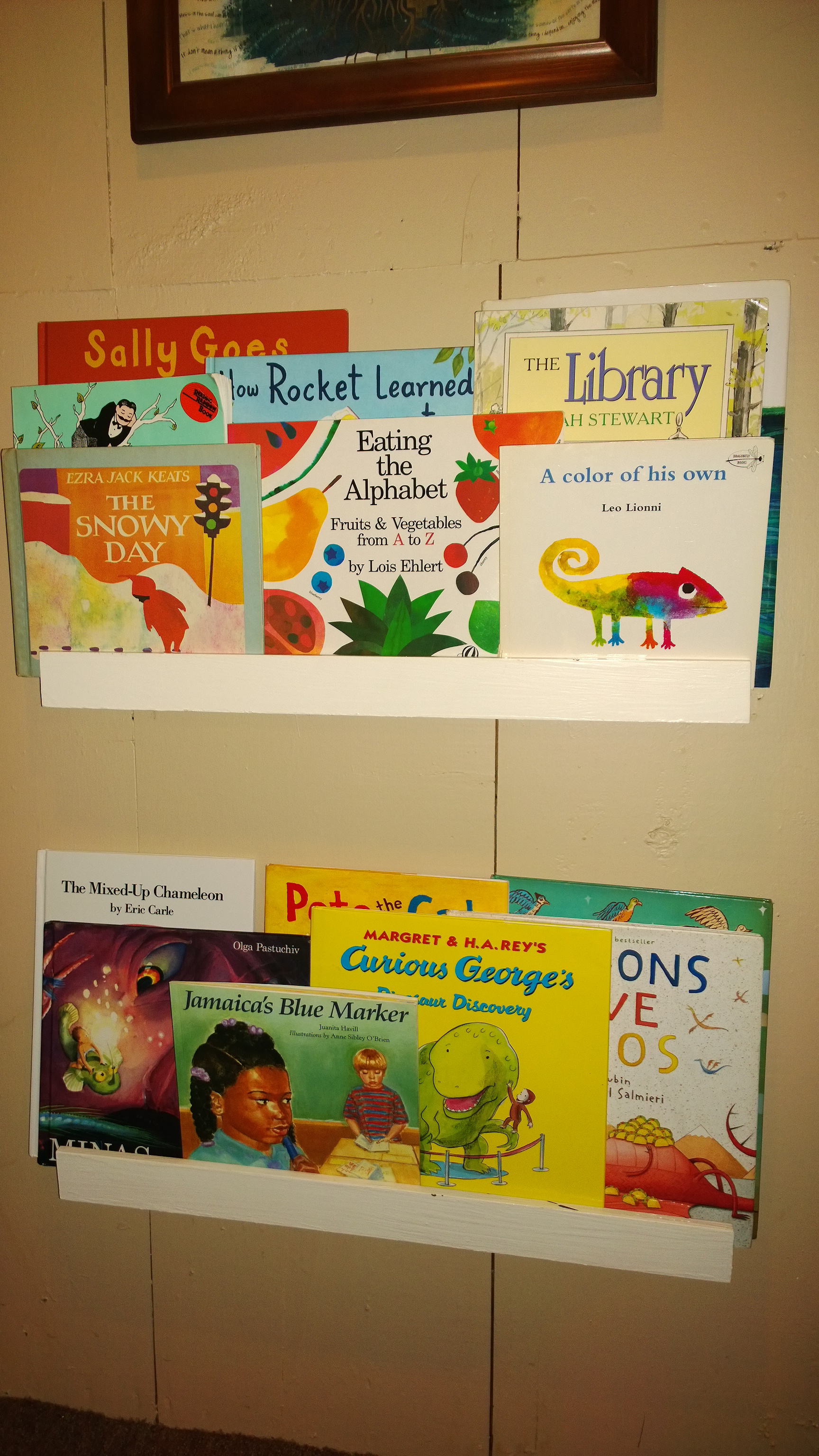 Found 2 unused shelves in the storage room so I decided to use them to display books. Looks even better than I thought! I have it in the playroom but would look great in a child’s room as well. Makes choosing a book even more enticing!

By age three, the brain has formed about 1,000 trillion synapses, which is twice as many as adults. As the synapses in a child’s brain are strengthened through repeated experiences, connections and pathways are formed that structure the way a child learns. If a pathway is not used, it’s eliminated based on the “use it or lose it” principle. Things that a child does only once will have very little influence on brain development. When a connection is used repeatedly in the early years, it becomes permanent. 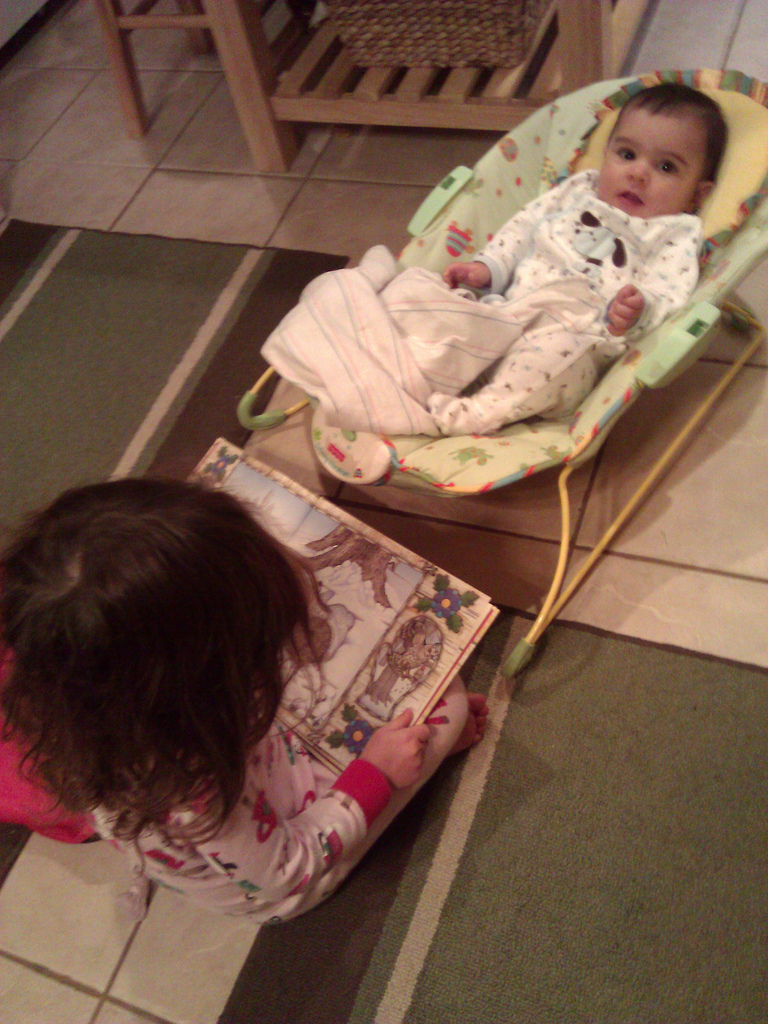 I brought home a book from my office that we haven’t read with the kids before (The Mitten by Jan Brett). I told Miss H that we would read it after breakfast. She asked to hold it and said “Mommy I’m going to read it first.” She then sat down on the floor in front of her little brother in the bouncy seat and began to “read” the book to him. And what a story it was! It was a story of animals and snow and some made up words in between. Mr. M watched and listened intently, and added his own “words” when he felt it was necessary. They created their own “Shared Book Experience” all on their own. END_OF_DOCUMENT_TOKEN_TO_BE_REPLACED

While out to dinner last night my husband and I saw 2 different preschool-age children out to dinner with their parents. One was given a portable DVD player to watch and the other was given an iPad to play games on while at the table. Both were immediate – not responses to either child misbehaving or getting restless. What are your thoughts on this?